LED Linear Light is a phrase we hear a lot in commercial interior design, but what exactly does it mean and how do we use it? Today we take a look at LED Linear Light!

First, let's talk about LED. LED stands for “Linght-emitting diodes,”ansfficient,long-lasting light source that uses semiconductors to light-meitting diode electricity into light.When the right voltage is applied to the lead,the electron can recombine with the "Electron hole" in the device, releasing energy in tje form of photons(light).The color of light is determined by the energy of the semiconductor.

How is LED formed?

LEDs were introduced in early 1962 and are used as useful components in electronics, such as warning lights. Early LEDs were limited to low-intensity infrared, such as those still used in remote controls. Remember those LED watches with a black screen that showed red numbers when you pressed a button? The first visible LEDs were also low-intensity, limited to red, but it is now possible, to use modern LEDs in the range of visible, ultraviolet, and infrared wavelengths, and to achieve high-power lighting. 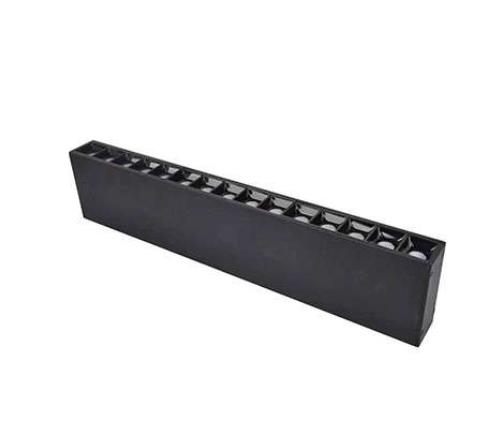 Before LED Linear Light, lighting office, warehouse, and retail space were tricky. These spaces are illuminated by large industrial incandescent bulbs. Linear lighting began to develop in the 1950s, mainly for fluorescent tubes in industrial spaces. By the 1970s, the technology was being used in homes, garages and workshops, and retail spaces. This, in turn, has created a demand for lower-cost, more aesthetically pleasing lamps. It is impossible to produce continuous light before an LED because the fluorescent tube must stop and begin to leave black or dark spots.

The improved look didn't appear until the early 2000s, and we know of early versions of LED Linear Light. The demand for LED line lamps is huge and growing. The difference now is that linear architectural lighting and LED technology have broadened the range of linear lighting applications. The industry continues to grow as aesthetics and performance improve, emerging from older, traditional housings to better utilize materials and adopt more advanced technologies.

Forever Lighting which is engaged in the development of LED optical lighting products, production, sales and after-sales services is professional services company. If you have any questions about LED Linear Light, please feel free to contact us.